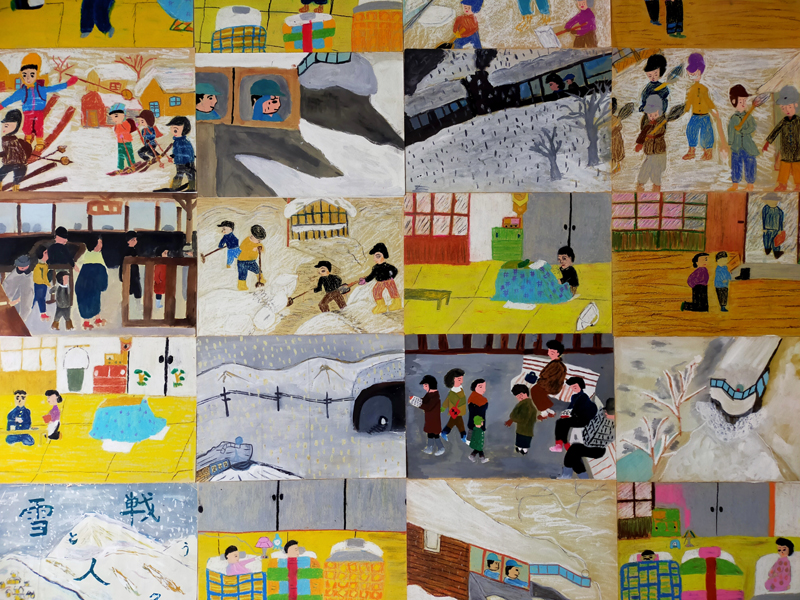 PEOPLE WHO FIGHT WITH SNOW (Dealer: titcoRet) – 20 sheets of pastel and watercolor paintings by the children who live in heavy snowfall area in Japan, titled ‘People who fight with snow’, Showa 20 (1945), approx. 38 x 26cm (14.96 x 10.23in) each, with explanatory notes of each scene at the backside which tells severity caused by such harsh environment and situation of Showa period and also warm‐heartedness of the local people at the same time. Expected damage due to age as is as seen.